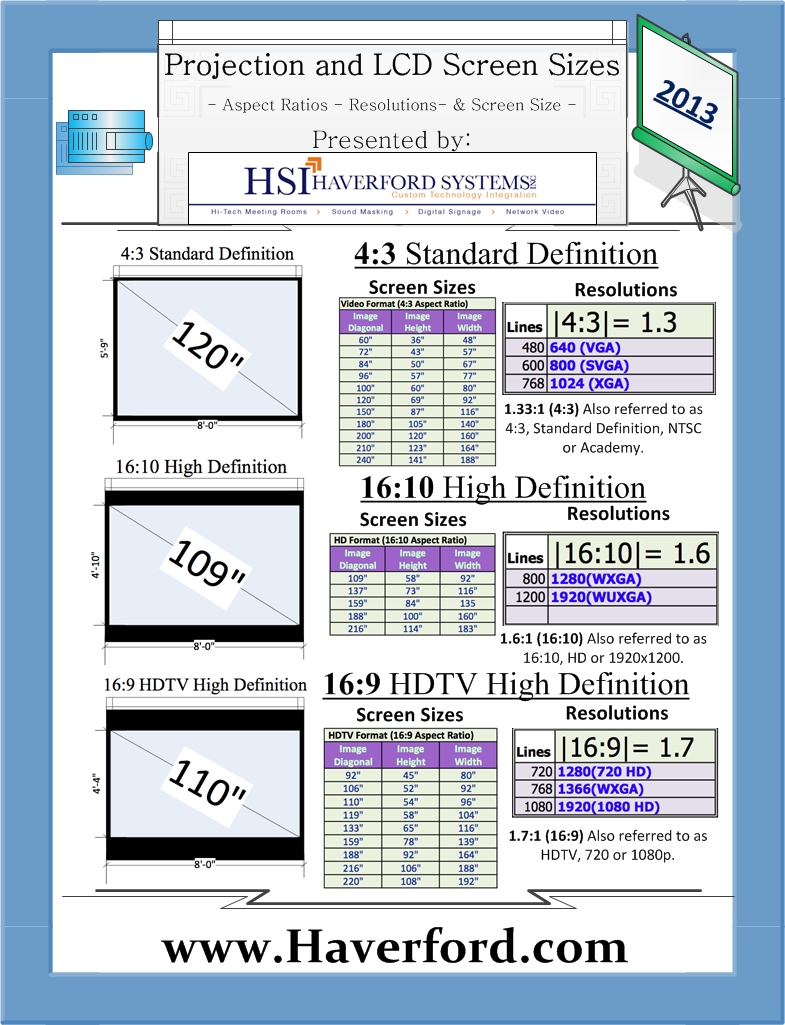 3/11/13: Aspect ratios, resolutions and screen sizes where to start?

Let’s start with 4:3 which is better know as “Standard Definition”. 4:3 projection screens have been the industry standard since the 1990’s because of the widespread use of VGA. Even though VGA quality looks poor today with only (640×480 resolution) most of us are used to looking at a XGA (1024×768 resolution) image when we think of 4:3. Most projectors today are either XGA, WXGA or WUXGA.

A easy retrofit and upgrade path from 4:3 to 16:10/16:9 is easy done by resetting the limit on your electric motor to fit a new resolution. If you have a manual screen all you need to do is pull the screen down to the appropriate height. Most Dalite manual or electric screens can also have a fabric and roller replacement to accommodate the new aspect ratio. Replacing the fabric and roller allows for custom black drop to be set and surround your projection area. Be sure to call Haverford Systems if you have a projector that is not filling the screen fully.

Until next time 🙂
Paul Richards